• Indian retail industry has developed as one of the most dynamic and fast-paced industries and gained 5th position in world retail space.

• Indian’s retail sector is experiencing exponential growth and is expected to reach $1.1 trillion by 2020 due to demography and internet penetration.

• The acquisition of Kishore Biyani’s Future Group by the Colossus, Reliance Retail for INR 24,731 Crore, shall make DMart a distant second in a largely duopoly retail market.

• Since only ~15% of the Indian retail market is organized, there is enough room in under-penetrated industry, to accommodate 3-4 large scale national players.

India’s retail sector is experiencing exponential growth and is expected to reach $1.1 trillion by 2020. It accounts for ~10% of its GDP and ~8% of its employment level. With ~85% of the urorganized sector being run by small stores, retail industry is among the supporting pillars of India’s economy.

Changing demographic profile, increasing disposable income, and changing consumer tastes are leading to growth of online retail, and it is expected to reach ~60 billion in 2020. In fact, it is projected that India shall be world’s fastest growing e-commerce market. Also, India’s dynamic retail industry has seen a significant change in this Covid era. The recent Reliance Retail-Future Group deal in which the Future Group shall be acquired by Reliance Retail, the behemoth of India’s organized retail segment, created a lot of stir in the mainstream media. This is bound to bring in some significant changes.

In late 1990s, Mr. Radhakrishna Damani was distinguished investor in Indian equity markets. Through his investing style, he had established an ardent knowledge and understanding of the Indian consumer sector and its psyche. His anxiety to start a business beyond investing drove him further to introspect Indian consumer. This led to the establishment of grocery retail chain, DMart, focusing on value segment in 2002.

The valuation of Avenue Supermarts stock looks strong as well. Among debutants on the bourses, it is ranked one of the best performers. After listing in 2017 at the issue price of INR 299, it was more than double on its debut. It has constantly defied expectations of analysts and jumped manifold; currently trades around INR 2,100. In just ~3.5 years it is ~7 times of its issue price. This owes to the financial fundamentals, strong conviction, and the business direction, in which it is built.

Having a mission to be the lowest priced retailer in its domain, it upholds a strategy to be cost efficient. The strong foundation build over two decades, now has more than 200 stores distributed over 11 states and a union territory. The stable performance and strong foundation can be witnessed with 24% y-o-y in Revenue segment and 44% y-o-y PAT in FY19-20.

Founded in 2006, Reliance Retail is a subsidiary of Reliance Industries Limited. It is the epicentre of consumer facing business in retail sector and has grown tremendously since its inception. The leading player in retail sector has adopted a multi-prong strategy and provides diversified goods and services. It has pan-India presence due to its size, scale, and technology. Also, the weaker base in the food and groceries segment shall see incremental revenue due to Reliance-Future Deal. It is estimated that the grocery revenue shall be 2.5 times of Avenue Supermarts.

Reliance Retail’s multiple channels and diversified products helped in to manage the lockdown phase. Apart from establishing its presence in tier-I, tier-II and tier-III cities, it has also launched the online portal – JioMart. This size, growth, consumer base and e-commerce have help Reliance Retail to top Fastest 50 retail brands globally.

A stronger than ever Reliance Retail has further increased the challenges by joining hands with Future group. Reliance’s retail market share is increased from 22% to 38%, with the acquisition and thereby having access to ~1,800 of Future Group over 420 cities. DMart presence is mainly in Western India, with one-third of them in Maharashtra alone. And due to scalability of Reliance Retail, DMart’s stronghold in Mumbai can be weakened as former shall target bigger cities first.

This takeover has changed the dynamics of the organized grocery retail space, since two of the leading players in this sector have joined hands and made DMart a distant player. Dmart’s rise was due to heavy discounts it gave and wooed middle class Indians into organized retail. But now, Reliance Retail with its deep pockets and Future Group can easily outbid DMart. After the transaction, Reliance Retail will be 2.5x larger than DMart in terms of revenue. In this Covid phase, Relaince Retail has already leveraged itself on online sales via JioMart and sailed through. On the other hand, due to DMart’s single channel approach, there was major hit in first quarter of current financial year.

However, the deal is currently awaiting approvals from regulatory authorities. Amazon had sent a legal notice to the promoters of Future Group for allegedly breaching a non-compete contract, with the later’s deal with Reliance Industries. Amazon believes that the deal was intentionally structured in a way to keep it out from the retail unit of the Future Group and it violates a right-of-first-refusal pact and a non-compete clause. As part of the deal, before entering into any sale agreement with third parties, Future Group was required to inform Amazon. The plea is to be answered in favour of Amazon and the deal is on temporary halt. If the deal doesn’t execute, Future Group might face liquidation.

Apparently, it looks that Mukesh Ambani and Kishore Biyani joining hands has put Mr. Radhakishan Damani in a tricky spot due to Future group’s logistics and stores, which is a household name. But the point that is being missed is that Reliance Retail has grown by acquisitions and DMart has it position tight due to organic growth. Also, with only ~15% being the organized sector, there is enough room for both Reliance Retail and Avenue Supermarts to stay afloat and thrive.

Why DMart has an Edge?

Mr. Radhakishan Damani and his early leadership team worked together as one unified unit without any hierarchy or hurdles. After starting off, the retail chain took almost 8 years to establish its first 10 stores. This was not because of a lack of demand or a lack of investment opportunities. The reason was that Mr. Damani intended to validate his business model from the perspective of scalability and profitability. Moreover, DMart follows a cluster-based expansion approach meaning that it focuses on deepening its penetration in the areas where it is already present, before expanding into newer markets. Out of 214 stores, 76 stores are in Maharashtra itself. This has built trust and brand loyalty among its customers. Thus, it is a business built on a strong foundation of patience and extensive research.

On the other hand, Reliance Retail has grown exponentially through acquisitions. It has been moving rapidly into the organized and e-commerce space, especially after the mainstreaming of large format supermarkets, hypermarkets and convenience stores and the development of digital payments ecosystem in the country.

The Reliance-Future deal should not have an adverse impact on DMart as the latter has the right business model with a competitive advantage of low-cost approach in retailing. Moreover, the deal is less likely to make a dent as DMart has low-cost terms of trade or procurement.

As stated above, DMart has a strong foundation, which is helping it grow organically. D-Mart has been on a store expansion spree in recent years. In FY20, D-Mart increased the count of its stores by 38, while the year before, it added 21 new stores. Most of this expansion has been outside of the state of Maharashtra implying that D-mart is successfully setting up a business in new states. The ample liquidity on which D-Mart is sitting on will fuel expansion and provide support to bank the profits from India’s long-term consumption story.

Apart from liquidity, another significant factor that is helping DMart to grow organically is the segment it is catering to. India’s retail industry is largely dominated by the food and groceries segment. Undoubtedly, Reliance Retail is the largest organized retail player, but it has a weaker foothold in the food and groceries segment. Fortunately, D-mart, has got a stronghold in this segment, which favours it to consider discounts on its products, increase the number of stock-keeping units (SKUs) to offer its customers’ more options, and expand into newer markets. This segment accounts for more than 50% revenue of D-mart.

It is noteworthy that while Reliance Retail has mostly banked on inorganic strategies for its growth, Avenue Supermarts Ltd has largely relied on organic methods for the same and still managed to become the third-largest retailer in the country.

It has been pointed out that even after the deal, the net count of modern trade stores for DMart has not changed. It is deemed that the growth opportunity for organised market, which is about 4 per cent of the overall grocery market, has not shrunk. It is expected that the deal is doubtful to adversely impact the Avenue Supermarts prospects as it can achieve optimal terms of trade from suppliers to the threshold of scale.

German hard discounters such as Aldi, continue to thrive in the US despite having formidable large-scale domestic players as competitors. Similarly, a country of India’s size can easily accommodate 3 to 4 large scale national players. And, this consolidation is a sign of rising barriers to entry, which is positive for Avenue Supermarts.

It is widely argued that the coronavirus pandemic has hurt the overall demand in the country, which has resulted in a slump in the retail industry. However, such an impact is bound to be temporary as the demand is picking up at a fast pace. In the past few months, the number, and the value of Unified Payment Interface (UPI) transactions in India have been hitting a new record every month. The month of September 2020 witnessed a record 1.8 billion transactions with a cumulative value of INR 3.29 trillion. These numbers are emblematic of the fact the demand is bouncing back fast post the gradual lifting of Covid-induced lockdowns. It has almost reached the pre-covid levels.

• DMart, may offer steeper discounts on its food and grocery products and raise the stock-keeping units to offer more options to customers, as it pursues to respond to the pool the efficiencies of scale.

• DMart may have to discard its conservative nature and expand to build a loyal base in Eastern India and other metropolitan cities too. DMart can hedge itself from the risk of cut-throat intensity in Mumbai, where the Reliance-Future combine will have 39 stores. Enhancing geographical spread could be one way of tackling its competitor.

• With a specific approach, the lockdown made situations difficult for DMart and its profits took a hit during the quarter one of the current financial year, FY20-21. Hence, it must operate on developing an omnichannel strategy that can help to mitigate such risks in the future.

• DMart must take prompt actions to resume its pre-covid online channel to fortify its hold on the segments like consumer electronics, fashion and apparel, footwear and pharmacy, which command the largest share of the online retail trade while keeping the groceries segment as its USP. As Reliance Retail cashes on its online sales using JioMart, it is likely that Avenue Supermarts would scale-up its business and leverage on niche segment to gain customer loyalty.

Various government initiatives for the retail sector like the relaxation in FDI norms, modern retailing, has set the momentum to grow at a CAGR of ~20%. Likewise, the share of e-commerce segment in India is expected to grow from the current 4% to 8% of the country’s overall retail trade by 2025. The Indian retail industry, which is expected to be $1.1 trillion, will now witness competition grow between Ambani’s Reliance Retail and Damani’s DMart. But since the segment of organised retail within the total retail in the country is still small, there is enough potential market for both players like DMart and Reliance to comfortably grow.

Undoubtedly, Mr. Radhakishan has risen fast to gain the 2nd richest position in India, and Mr. Mukesh Ambani’s wealth is 5 times of it. Only time shall decode, what will emerge as dominance, Reliance Retail’s money power or Dmart’s focus. 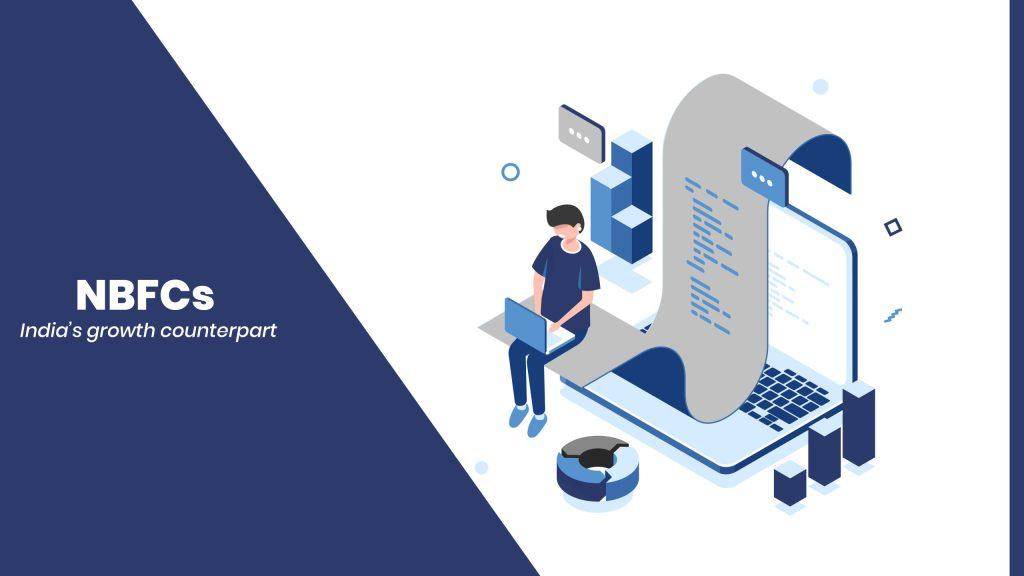